The Voice of the Gospel Mission Church was founded in 1961, By The Late Rev. Herbert & Evangelist Glades Jarvis Of Middletown NY. 10940 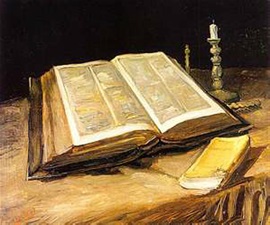 A husband-wife-ministerial team, dedicated to preaching and teaching the Christian gospel, have put thier varied talents to work in remondling a church to serve the spirtual needs of a racially intergrated Mechanicstown congregation.

The Rev. and Mrs. Herbert Jarvis of 5 Fair Ave, said they are both licensed ministers of the New York General Conference of the Bethel AME Church.Their desire to serve a parish of their own remained unfulilled until they were able to rent the former Nazarene Church and establish the Voice of the Gospel Mission Church. The church is on Fairfax Avenue, Middletown New York.

Rev. and Mrs. Jarvis were regular worshippers at the church when it was owned and operated by the Nazarines. After the sect sold the church to a private citizen, the building stood idle for many months. The desire for their church grew keener. “we felt we were called by the Lord to preach,” Said Mrs. Jarvis. They contacted the building’s new owner and managed to rent it for $40.00 a month. The rent was later reduced to $35.00 a month. When the Jarvis opened the church in October 1961, immediate needs were numerous, part of the floor had given way. There was no heat. The walls and ceilings needed paint. The wooden pews needed repainting and lacked cushions. A floor covering and chairs for the altar were needed. The Nazarines had left an organ and a piano in the church.

The congregation sponsored a turkey supper and a candy sale which helped pay for repairs. To meet remaining expenses "we dug into our own pockets," Mrs. Jarvis said. Some of the wood for a new floor was donated. The Rev. Mr.Jarvis, a painter and paper hanger by trade, turned his talents to carpentry by tearing up the sagging boards and laying a new floor. It took him two weeks to complete that project and another two weeks to put two coats of paint on the interior. The ceiling is now a gleaming white and the side walls are Ivory. Mrs. Jarvis donned slacks and helped her husband. Both are beyond middle age

The pews-there are seven long ones and six short ones-were painted green when the Jarvis’ took over the church. They changed the pew color to a cherry stain. Mrs. Jarvis made several shopping trips to Newburgh before she found suitable  cushion material. Her husband helped her cut out the cushions. She and members of the congregation did the sewing. It took nearly two weeks. Some of the persons who worked on the cusions hold jobs during the day, and devoted their evenings to the sewing, Mrs. Jarvis explained. A kerosene stove was purchased and floor runners were bought to partly cover the linoleum.

The Rev. Mr.Jarvis receives no salary as church pastor. He has a veteran's pension for serving with the U.S.Army during World War 1 in France. He still does some painting and paper hanging as a sideline. The Church has 40 members, mostly young people. The Jarvis are delighted at the interest shown by the young. Mrs. Jarvis remark that "young people are the life of the church, the future church."  Worship Service is at 11a.m. every Sunday. Sunday School starts at 10 a.m. with classes for primary, junor and senior students. Average church attendance is 30 because many of the Sunday School pupils stay through the worship service, the Jarvis reported. They said that anyone is welcome at their church, and agreed that "everyone should have a church home."

Double-click here to add your own text.

Note: Be sure to vist again to learn more about our founders.

About the late Rev.Herbert G. Jarvis 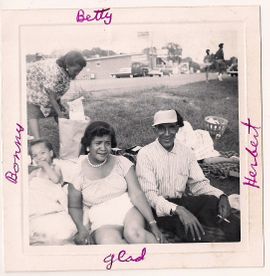 The Rev. Herbert G. Jarvis, 81, pastor and co-founder of the Voice of the Gospel Mission Church was called home by the Lord Saturday night at 10:20 p.m. while at Horton Memorial Hospital. The Reverend lived at 21 Fair Ave, in Middletown N.Y.

The Rev. Jarvis was an Army veteran of World War 1, during Which he recieved the Purple Heart. He was a former chaplain of both the Mechanicstown Engine and Chemical Company 1 for 12 years and the VFW Dunlap Brother Post 692, in Middletown. He also belonged to the American Legion, Middletown, served as a treasuer for RECAP, a leader of Boy Scouts and a member of the Civil Defense core.

Your church is the typical den of devils if you do not believe God hat...

We believe in marriage after a divorce